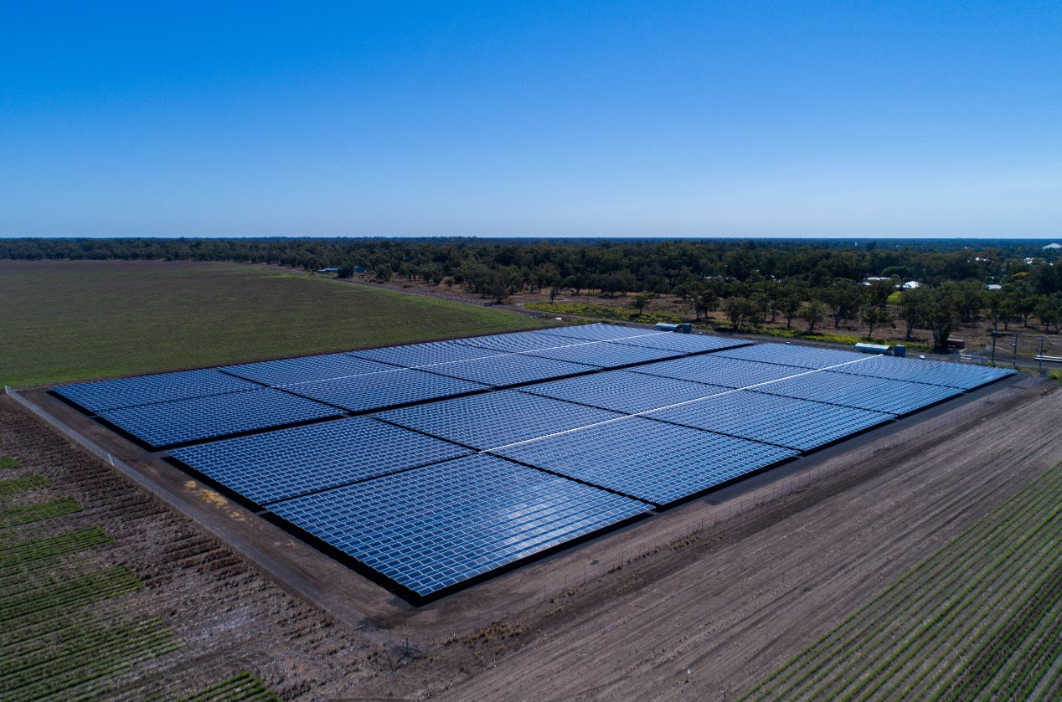 The 4.8 MW Chillamurra Solar Farm was developed by YD Projects in 2017.

At the time of its construction it was the largest solar farm in Australia utilising optimised solar modules, and the second largest optimised solar farm in the world. YD Projects undertook a detailed technical assessment of module options ultimately choosing the Jinko Eagle MX modules due to their superior yield, design flexibility, reliability and O&M cost savings.

Another interesting aspect of this project is the the PEG frame system. The PEG system is lightweight, quick to assemble, and with a gap of just 2cm between most rows, the solar farm becomes very compact. The system achieves 1.4 MWp per hectare – about double the density compared to fixed tilt and tracking systems.

JinkoSolar is proud to have worked with YD Projects on its Chillamurra Solar Farm.

Jinko Australia is proud to be the solar module provider of choice for the Royalla Solar Farm, constructed near Canberra in the Australian Capital Territory. Completed in September 2014 the 20 MW project utilised nearly 83,000 Jinko modules, making it Australia’s largest operational solar farm at the time of construction.

Built under the ACT Governments Large Scale Solar Programme, the solar farm was the first large scale solar farm to be connected to the national electricity market, and Australia’s first solar farm to receive bank finance, after developer FRV selected ANZ and NAB to provide non-recourse project finance for the $50 million project.

The Royalla Solar Farm will produce approximately 37,000 megawatt hours of renewable energy each year for the next 20 years and will provide enough electricity to power approximately 4,500 Canberra homes. Royalla will avoid 37,000 tonnes of greenhouse gas emissions each year.